Posted on November 6, 2012 by TheCountiesNetworkNewsBlog 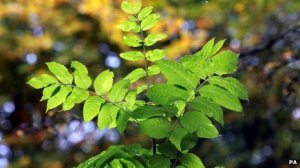 A wholesale plant nursery has been confirmed as the first location in surrey affected by a fungal disease threating the UK’s ash tree’s.

Chalara ash dieback was found in july in five young trees out of a batch of 100 supplied to Plants Ltd in Woodcock Lane, Chobham. Owner Peter Blakey said the whole consignment was burnt immediately and no more infection had been found. The disease has also been confirmed in Essex and at eight sites in Kent.

Mr Blakey said the diseased trees were found during a routine inspection by the Department for Enviroment, Food and Rural Affairs (Defra) and ordered to be destroyed.

Mr Blakey said “We have an inspection from Defra four times a year but in the past ash trees had not come within their remit,”

“It was a completely new one on us. We didn’t know anything about ash dieback at the time.

“All the mature ash trees in the hedgerows were checked and nothing else was found.”

A plant health order banning imports and the movement of ash trees came into force on 29th october 2012.

Chalara dieback of ash has been confirmed in trees in 14 nurseries, 36 planting sites and 32 forests and woodlands in the UK.

The Forestry Commission said on monday it had been confirmed in forests and woodland in Kent and Essex after an urgent survey.

It said the disease in Kent and Essex might have been present for a number of years, and was likely to have been transmitted by wind from mainland Europe.

Enviroment Secretary Owen Paterson said: “We’re doing everything we can do to identify where the disease is so that we can focus our efforts on those areas.

“Once we had the scientific advise that the disease in mature trees probably had arrived here by wind from Europe, it was always likely that we’d find it in coastal areas.”

He added: “We will have the results of the initial survey in time for a major summit on tree and plant health later this week.

“Scientists, Charities, Landowners and the Horticultural Industry will meet to agree the next steps for how we can work together to control this threat to our ash trees. ”

What are the Symptons of Chalara Fraxinea Ash Dieback Fungal Disease:

The trees leaves develop dark patches, which then spread to twigs and branches. Cankers then emerge on branches. However, all of the symptons could be caused by other problems, so final diagnosis should be made by an expert.

Who Should Be Notified:

Suspected cases should be reported to the Forest Research Tree Health Diagnostic and Advisory Service (01420 23000) plant.health@forestry.gsi.gov.uk 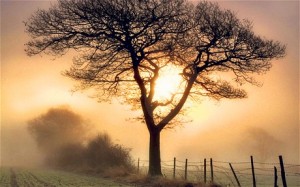